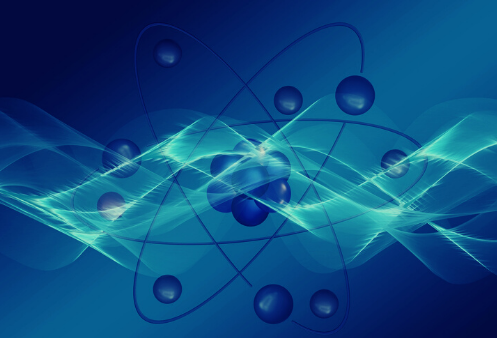 Optimizing the quality of your process Raman measurements

Raman spectroscopy is a powerful and convenient method for real-time process measurements which is gaining widespread adoption in a variety of industries. Many users treat Raman analyzers as “black boxes” which magically provide chemical information, but a basic understanding of the statistical considerations inherent in Raman spectroscopy enables astute users to select the best hardware and optimize the measurement settings for their particular process requirements. In this blog post, we provide an accessible overview of photon statistics, signal-to-noise ratio, and chemometric precision, and explain their impact upon the precision, resolution, reliability, and speed of your process monitoring measurements.

One of the great things about photons (light particles) is that they carry valuable information about the chemical mixtures and matrices that are critical to your process – if you have the right equipment and algorithms to decode their message. If you are a process chemist, process engineer, or production manager, or if you play some similar sort of role in your organization, you probably do not think a lot about photons. You care about running your process well, avoiding problems, increasing yield, and other such important factors. So why should you care about photons? The bottom line is – more photons give better measurements!

If you illuminate a chemical sample — be it a solid, a liquid, a gas, or some mixture thereof — with a laser, a small fraction of those laser photons will interact with the molecules in your matrix and undergo a shift in wavelength (a change in color). This is the “Raman shift” and measuring the shift patterns tells you what molecules are present and their relative proportions. Raman spectroscopy has excellent “specificity”, meaning it can detect subtle differences in mixtures and distinguish different chemical species from each other. However, the main disadvantage of the Raman method that most users encounter is that the Raman signal is very faint. That scattering effect when the photon gets shifted to a longer wavelength, and therefore provides you with some chemical information, only happens if you are lucky, typically 1 out of a million to 1 out of a billion photons. This is the reason why some potential users think Raman cannot be used effectively in process analytics. Less obvious to users might be why the weak Raman signal is such a problem in the first place.  Why can’t you make measurements on those few photons that are Raman scattered? Well, the problem is that that signal is fighting against noise.

What do we mean by noise?

Noise is any random variation or error in a measurement, be it spectroscopic or otherwise. In a Raman analyzer system, there are many potential sources of noise. The detector, typically a CCD, that is collecting these photons and turning them into an electronic signal, has a couple of noise sources. The laser that provides the illumination, or so-called “excitation”, can vary in intensity or shift in wavelength, and these various factors all lead to changes in the Raman signal that are not representative of what is actually going on chemically, and so those are considered a source of noise.

The sample itself, if it moves in or out of focus with the Raman sensing system, or if there are changes in its opacity and transparency, can also serve as a source of noise. Sometimes if the actual chemical concentration in the sample is changing rapidly, that can appear as noise, but you have to be very careful in those cases as these variations are actually a useful signal which is telling you something about the characteristics of your sample. But even with the ingenious engineering that has gone into modern Raman analyzers to minimize these noise sources, there is still an inherent intrinsic noise associated with the photons themselves.

Due to the weirdness of quantum mechanics, photons sometimes act like particles, sometimes act like waves, sometimes like a hybrid of the two, but they are always quantized upon detection by a CCD or similar detector – there is no such thing as a fractional photon. They are coming in at random times and this leads to a certain noise characteristic called shot noise or Poisson noise which is equal to the square root of the number of photons. Therefore, during any given time interval (for instance, taking one exposure with your CCD), even if everything is stable, even if your laser is stable, even if your sample is absolutely stationary, the number of photons you detect within that time interval will vary. It’s going to change because of this random arrival time nature of the photons themselves. If for example you have 10,000 photons on average, but make that measurement over and over again, you will see that measurements bounce around and get a different answer each time, typically varying by the square root of 10,000 which is 100.

Trade-off between signal-to-noise ratio and speed of measurement

At Tornado, we are often asked the trade-off between signal-to-noise ratio and speed of measurement. That is a critical concern in any process measurement where things can often happen quickly. Having rapid timely measurements is important if not absolutely critical. With our proprietary spectrometer technology enabling 10 times more photons being collected by the detector, what can you do with that? You could measure at the same speed as a conventional Raman analyzer but get 3x better measurement quality (since the square root of 10 is approximately 3). Alternatively, you can get 10x more independent measurements rapidly at the same signal-to-noise ratio (and thus the same measurement precision or limit of detection) in each of those measurements. But you can also take that 10x greater number of photons and get a little bit better measurement quality and somewhat faster measurements.

With smaller measurement uncertainty, you can more easily resolve actual changes in the chemical concentration, and thus have higher confidence that your process is on track for maximum yield or maximum purity. More photons always result in better spectroscopic measurements and give you a better, higher signal-to-noise ratio that results in smaller prediction errors. And that can provide faster feedback for your process, better sensitivity to changes in your process, and greater confidence that your process measurements are accurately measuring what is going on. There is truly no substitute for more photons, and nobody delivers more photons than we do here at Tornado.